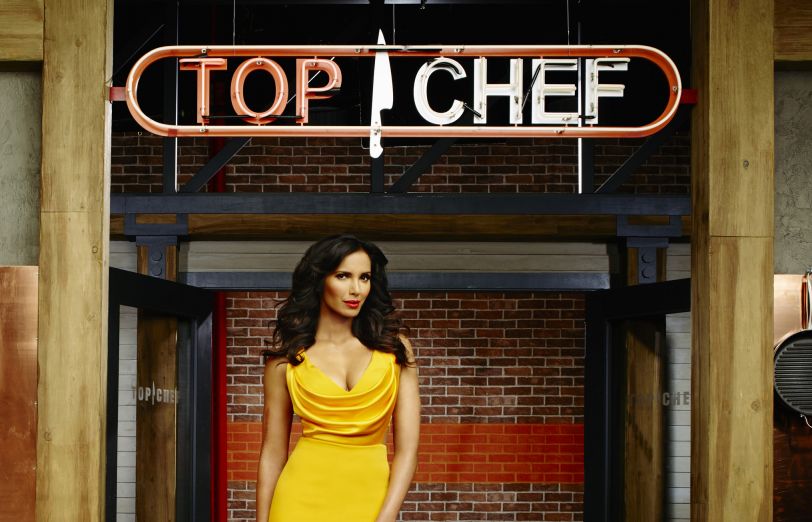 Has Top Chef Season 18 been cancelled or renewed? When does Top Chef return in 2021/2022? Top Chef? We have the very latest Top Chef cancel/renewal status and Top Chef premiere date:

BRAVO'S "TOP CHEF" RETURNS FOR A NEW SEASON IN PORTLAND KICKING OFF WITH A SUPERSIZED EPISODE ON THURSDAY, APRIL 1 AT 8 PM ET/PT

For the First Time Ever a Rotating Judging and Dining Panel of "Top Chef" All-Star Winners, Finalists and Favorites Join Padma, Tom and Gail

NEW YORK - February 8, 2021 -  Bravo's "Top Chef", produced by Magical Elves, calls Portland, Oregon home for season 18, kicking off with two weeks of supersized premieres starting on Thursday, April 1 from 8:00 - 9:15 pm ET/PT.  This season, a new batch of 15 extremely talented Executive Chefs and restaurant owners, representing a cross section of kitchens and food around the country, vie for the coveted title bringing their unique skillsets, diversity of cuisines and gamut of flavors. With Portland as a picturesque backdrop and culinary inspiration, the chefs compete in a variety of challenges including celebrating PDX's Pan-African cuisine to feeding hundreds of frontline workers and crabbing on the Oregon Coast in a tribute to culinary icon and Oregonian James Beard. For a sneak peek, visit: https://www.bravotv.com/top-chef/season-18/videos/your-first-look-at-top-chef-portland

Beginning Thursday, April 8, Bravo's Emmy-Winning digital companion series "Top Chef: Last Chance Kitchen," hosted by Tom Colicchio, returns for season ten as the eliminated chefs go head-to-head to try to cook their way back into the competition. Presented by BMW of North America, each week's episode will be available on Bravotv.com, On Demand or wherever you stream Bravo's "Top Chef" at the conclusion of each week's episode.

*For more information on the cheftestants, please visit Bravotv.com/top-chef

During a time of extreme hardship in the restaurant industry, these chefs have more on the line than ever before. From working with foraged mushrooms and picking produce at the famous Hood River Fruit Loop to visiting the Tillamook Creamery, the chefs are tasked with cooking with Oregon's natural bounty of ingredients. With Padma, Tom and Gail and a table full of alums to impress, the expectations have never been higher, especially in this year's unique Restaurant Wars where the teams must perfectly execute on a micro-restaurant concept with a cohesive seven-course tasting menu that rivals the best in the world. To stay in the game, the chefs must cook at their best while contending with a Quickfire using ingredients used on the Oregon Trail and a surf and turf elimination challenge honoring the Confederated Tribes of the Umatilla Indian Reservation. While in the "City of Roses," the judges definitely don't hold back their thorns as they narrow it down to find this season's "Top Chef."

The winning chef will earn the coveted title of "Top Chef," $250,000 furnished by S.Pellegrino(R) Sparkling Natural Mineral Water, a feature in FOOD & WINE magazine and an appearance at the annual FOOD & WINE Classic in Aspen.

Production is underway with a comprehensive health and safety plan developed in accordance with CDC guidance, all state and local orders, as well as NBCUniversal's own safety guidelines.  The health and safety of the cast and crew is the priority of Bravo & Magical Elves on all of its shows.

"Portland has been on our radar for the last few years as a burgeoning culinary destination known for its innovative dining scene driven by independent, chef-owned restaurants, local farms and purveyors," said Shari Levine, Executive Vice President, Current Production, Bravo. "The city's unique culture alongside Oregon's natural pantry of indigenous ingredients and incredible scenic beauty makes it the ultimate chef's playground and an ideal destination for 'Top Chef' to explore."

"Filming 'Top Chef' in the current climate has been possible because of our strong partnership with Bravo and the city of Portland and the state of Oregon. We are excited to highlight the cuisine and culture of the state through our talented chefs and judges. This season promises to be unique in a multitude of ways," says Magical Elves Co-CEO's Casey Kriley and Jo Sharon.

Jeff Miller, Travel Portland President and CEO adds, "Considering all our community is facing this year, 'Top Chef's selection of Portland as its filming location means more than if we had been selected any other year because it recognizes that, in spite of everything, our city remains a world-class culinary destination. The show will serve as a window into what Portland has to offer when viewers are ready to travel again. This confirms what we know to be true, that the collaborative spirit and innovation of our chefs, purveyors and local brands make this one of the premier culinary communities in the world."

"We are beyond thrilled that season 18 of 'Top Chef' will feature Oregon. Our state is known not only for its scenic wonders, but also for its world-renowned culinary bounty," said Todd Davidson, CEO at Travel Oregon. "Oregon's unique food and drink industry is a significant driver of visitation; in fact, studies show that 61% of travelers to the state say culinary-related excursions were the impetus for their trip. 'Top Chef' will place an important spotlight on Oregon's products, places and people, ultimately inspiring visitation and generating economic impact at local and state levels."