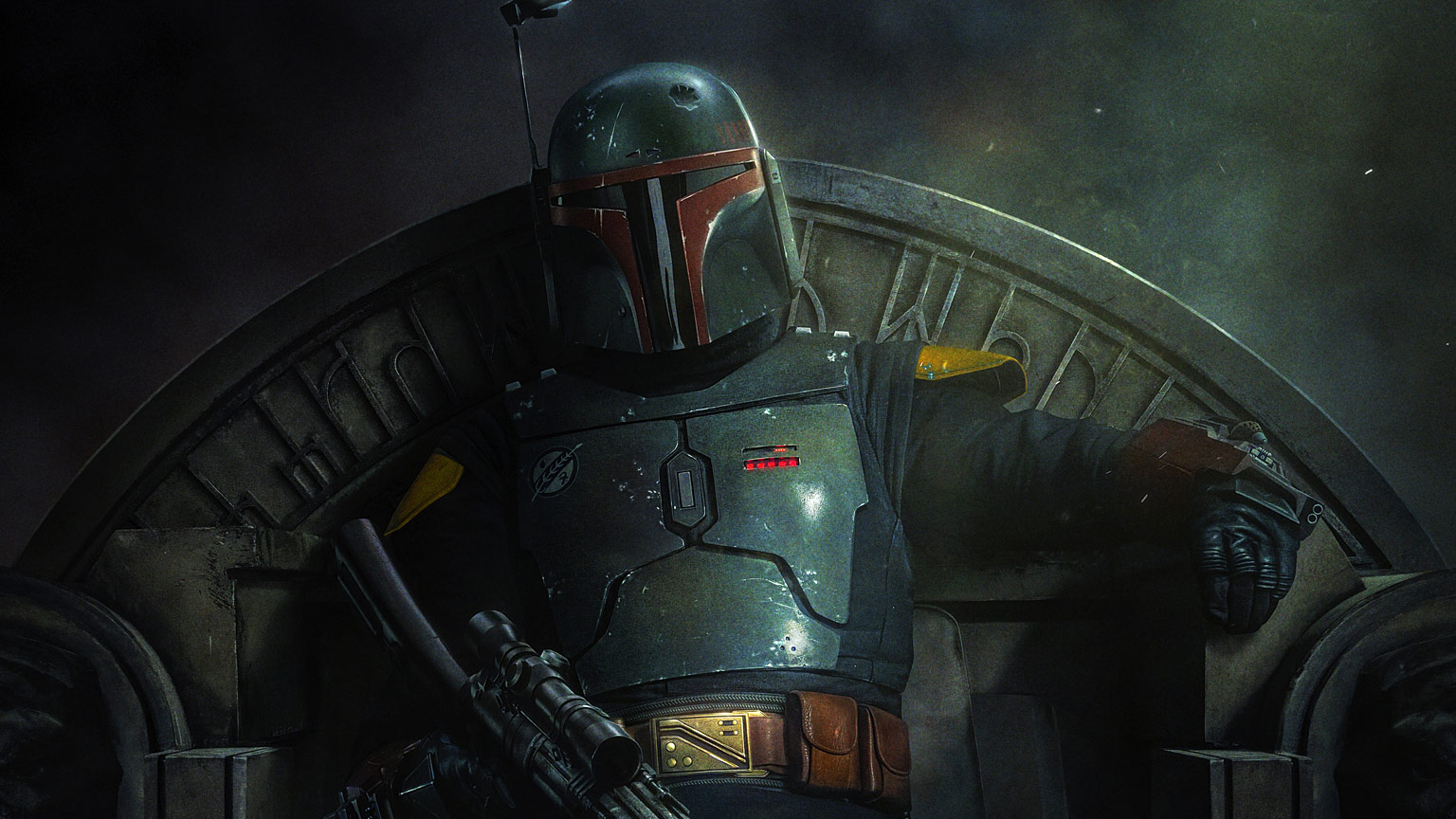 Disney+ announced today that "The Book of Boba Fett" - the new Lucasfilm series teased in a surprise end-credit sequence following the Season 2 finale of "The Mandalorian" - will premiere on Wednesday, December 29, exclusively on the streaming service. Disney+ also debuted the key art for the series.

"The Book of Boba Fett," a thrilling Star Wars adventure, finds legendary bounty hunter Boba Fett and mercenary Fennec Shand navigating the Galaxy's underworld when they return to the sands of Tatooine to stake their claim on the territory once ruled by Jabba the Hutt and his crime syndicate.

THE BOOK OF BOBA FETT, A NEW SERIES, COMING DECEMBER 2021 ON DISNEY+

THE LEGEND WILL RETURN NEXT YEAR.

Boba Fett is back. And his story is just beginning.

As teased in a surprise end-credit sequence following the season finale of The Mandalorian, the legendary bounty hunter's journey will continue in The Book of Boba Fett. Jon Favreau, executive producer of The Mandalorian, confirmed today on Good Morning America that the new series is currently in production and will arrive December 2021, only on Disney+.

The Book of Boba Fett will be set within the timeline of The Mandalorian and star Temuera Morrison as the titular bounty hunter, along with Ming-Na Wen as Fennec Shand. Robert Rodriguez - who directed Chapter 14 of The Mandalorian, a thrilling installment that reintroduced Boba Fett to the Star Wars galaxy - joins Favreau and Dave Filoni as executive producer.

Boba Fett made his big-screen debut in 1980's Star Wars: The Empire Strikes Back, becoming an instant fan favorite thanks to his visually arresting armor and cool demeanor. Jeremy Bulloch, the original actor inside the armor, passed away last week - but his legacy, including all he brought to Boba Fett, goes on. The Book of Boba Fett will carry that legacy forward.

Season 3 of The Mandalorian will go into production next year.