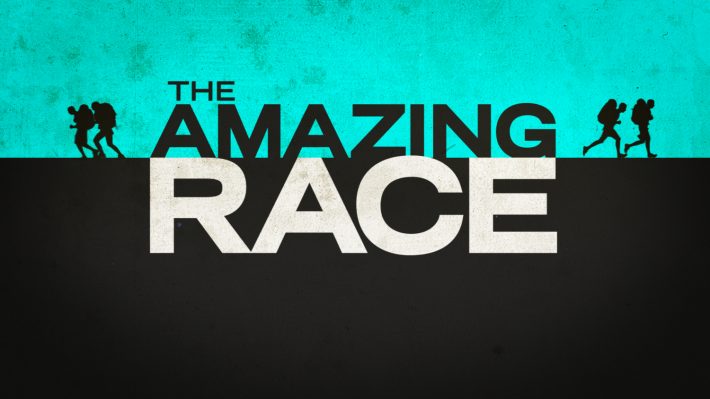 CBS has renewed four of its popular unscripted series for the 2022-2023 broadcast season. The returning CBS Original series are SURVIVOR, THE AMAZING RACE, TOUGH AS NAILS and SECRET CELEBRITY RENOVATION. Additional renewals will be announced over the coming weeks.

"THE AMAZING RACE" CELEBRATES 20 AMAZING YEARS AND ITS 33RD RACE AROUND THE WORLD, ON THE SEASON PREMIERE, WEDNESDAY, JAN. 5 ON CBS!

The 33rd Race Began Filming in February 2020, Halted for the COVID-19 Pandemic, Then Resumed This Fall

After 20 years and 32 trips around the globe, over 600 Racers have traveled more than one million miles to more than 90 countries! Now, meet the 11 new teams who go on their journey of a lifetime when host Phil Keoghan kicks off the 33rd edition of the CBS Original series THE AMAZING RACE on the two-hour season premiere, Wednesday, Jan. 5 (8:00-10:00 PM, ET/PT) on the CBS Television Network, and available to stream live and on demand on Paramount+*. The historic season began filming in February 2020, but after three legs was forced to halt production due to the COVID-19 pandemic. Over one and a half years later and the longest pitstop in the show's history, THE AMAZING RACE resumed and concluded production this fall.

The globe-trotting teams begin the season from their homes and travel to London, England, where they must find "The Queen" and "Boris Johnson" having a nosh. They then travel to Scotland, where the nearly 20-month pitstop began. Host Phil Keoghan will utter the iconic words "the world is waiting for you (again)" at the re-start line of leg four in Switzerland, and teams then travel through France, Greece, Portugal and Los Angeles, where the team to cross the final finish line first will be crowned the winners of THE AMAZING RACE and the $1 million prize.

"The world is our sound stage on THE AMAZING RACE, and the safety of our cast and crew when traveling is always our #1 priority," said Bertram van Munster, co-creator and executive producer of the CBS Original series. "We made the tough decision to stop production in February 2020 and are excited that, despite the challenges of filming and traveling internationally in a pandemic, we were able to welcome this amazing cast back to finish what they started and complete their journeys of a lifetime safely this fall."

"We implemented many new safety features that made this historic season possible, including having the cast and crew fly by private chartered plane," said Elise Doganieri, co-creator and executive producer of THE AMAZING RACE. "The Race has been highlighting the beauty of traveling for over 20 years, and we are extremely grateful to showcase again the wonders of the world with this incredible cast."

Following are the teams competing on the upcoming season of THE AMAZING RACE:

THE AMAZING RACE sends 11 teams on a trek around the world. Each team is comprised of two people who have a pre-existing relationship with one another. At every destination, each team competes in a series of challenges - some mental and some physical - and when the tasks have been completed, they learn their next destination. Teams who are farthest behind will gradually be eliminated as the contest progresses, with the first team to arrive at the final destination winning at least $1 million.

The multiple Emmy Award-winning THE AMAZING RACE makes its eagerly anticipated return with a special two-hour premiere on Wednesday, Jan. 5 (8:00-10:00 PM, ET/PT) with Emmy Award-nominated host Phil Keoghan. During the 33rd season, teams of two once again embark on a trek around the world, hoping to be the first to arrive at the final destination, winning THE AMAZING RACE and the $1 million prize. RACE moves to its regular time period on Wednesday, Jan. 12 (9:00-10:00 PM, ET/PT).

The Amazing Race is a multi-Emmy Award-winning reality series hosted by Emmy Award- nominated host Phil Keoghan, which pits 11 teams, each comprised of two members, against each other on a trek around the world for approximately 25 days. At every destination, each team must compete in a series of challenges, some mental and some physical, and only when the tasks are completed will they learn of their next location. Teams who are the farthest behind will gradually be eliminated as the contest progresses, with the first team to arrive at the final destination winning $1 million.

On the season premiere of THE AMAZING RACE, 11 new teams will begin their journey of a lifetime when host Phil Keoghan kicks off the 32nd edition from the iconic Hollywood Bowl in Los Angeles. This season's destinations include Trinidad and Tobago, France, Germany, Kazakhstan and Brazil, among others. The team that crosses the finish line first will be crowned the winners and receive the $1 million prize. This edition was filmed prior to the outbreak of the recent global pandemic.