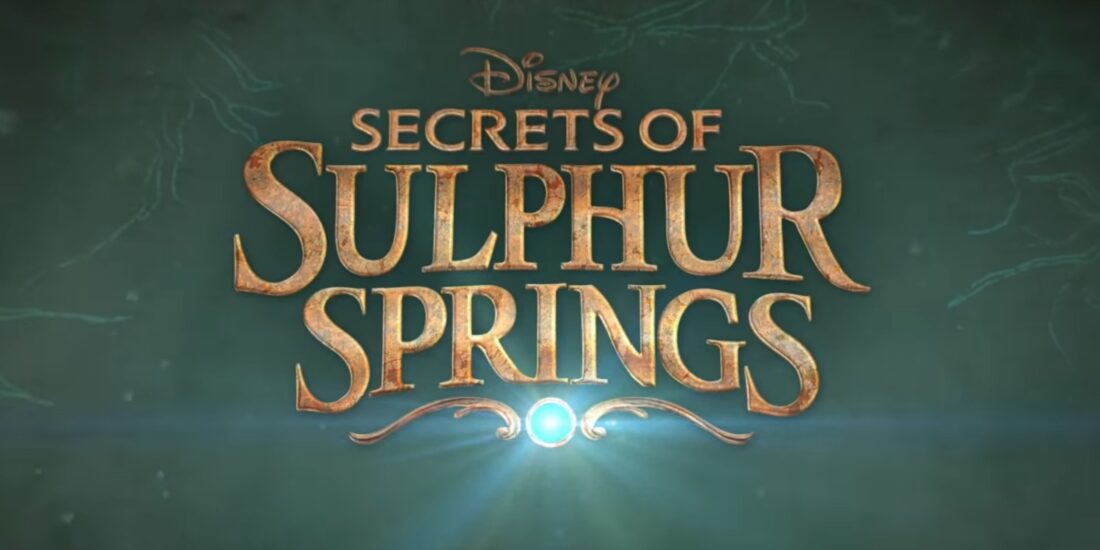 A live-action, time-travel mystery series, "Secrets of Sulphur Springs" follows 12-year-old Griffin Campbell, whose family has uprooted their lives to move to a new town and take ownership of an abandoned hotel, The Tremont, in hopes of restoring it back to the lively vacation destination it once was. Not long after, Griffin learns that the hotel is rumored to be haunted by a ghost. Griffin and his best friend Harper, a bright-eyed, mystery-obsessed classmate, and Savannah, a girl who lives in the 1960s, work together to solve the mysteries of the supernatural forces at The Tremont by traveling through time via a secret portal in the basement of the hotel. Season two of the series took Griffin, Harper and Savannah back to the 1930 and 1962 to learn more about Harper's family's deep-seated connection to the hotel. In Season Three, a new ghost will torment The Tremont. Also, Griffin will travel to the future and then back to his present, where he and Harper will have to change the timelines of their lives in order to save their friendship and their families.

START THE NEW YEAR OFF WITH MYSTERY AND ADVENTURE - THE SEASON TWO PREMIERE EVENT FOR DISNEY CHANNEL'S 'SECRETS OF SULPHUR SPRINGS' DEBUTS ON JAN. 14

Disney Channel will kick off 2022 with an adventure-filled season two premiere event for "Secrets of Sulphur Springs." On FRIDAY, JAN. 14, beginning at 8:00 p.m. EST/PST, viewers will enjoy two back-to-back episodes of the popular time-travel adventure series centered around the mysterious Tremont Hotel, with new episodes every Friday on Disney Channel. An initial batch of episodes will also be rolled out on Disney+ and the MVPD VOD platforms around the linear launch.

In season two of "Secrets of Sulphur Springs," Griffin and Harper unravel new mysteries about The Tremont, and Harper follows the real ghost back to the 1930s to learn more about her family's deep-seated connection to the hotel. When the power source to the time machine is unintentionally taken and the portal disappears, Harper becomes trapped in the past with her great-uncle Sam and great-great-grandfather Elijah, while her great-grandmother Daisy is left to navigate the present. With help from Savannah from her new life in 1962, the friends attempt to fix the time machine and bring back the portal before it's too late and their lives are forever changed.

The first season of "Secrets of Sulphur Springs" is available on Disney+ and DisneyNow.

Set in the fictional Louisiana town of Sulphur Springs, the series follows 12-year-old Griffin Campbell (Preston Oliver, "Chicago Fire") whose world has been upended by his father, Ben (Josh Braaten, "American Horror Story"). Ben has moved the family from Chicago to take ownership of an abandoned hotel property, The Tremont. The Campbell family, which also includes Griffin's mother, Sarah (Kelly Frye, "Criminal Minds"), and his younger twin siblings, Wyatt (Landon Gordon, "Coop & Cami Ask the World") and Zoey (Madeleine McGraw, "Outcast"), moves into The Tremont in hopes of restoring it to the lively vacation destination it once was. On his first day at his new school, Griffin hears rumors that the hotel is haunted by the ghost of Savannah (Elle Graham, "Swamp Thing"), a girl who disappeared decades ago. He soon meets and befriends Harper (Kyliegh Curran, "Doctor Sleep"), a thrill-seeking classmate, and soon they discover a secret portal that allows them to travel back in time and uncover clues about the town mystery.

Coinciding with the series premiere, the DisneyNOW app will launch a casual game, "Mystery at The Tremont," in which users can explore Sulphur Springs in an interactive adventure full of hidden objects, puzzles and mini-games.

"Secrets of Sulphur Springs" is from writer and executive producer Tracey Thomson ("The Young and the Restless"). Charles Pratt Jr. ("STAR") is the executive producer. The series is produced by Gwave Productions, LLC, and carries a TV-G parental guideline.