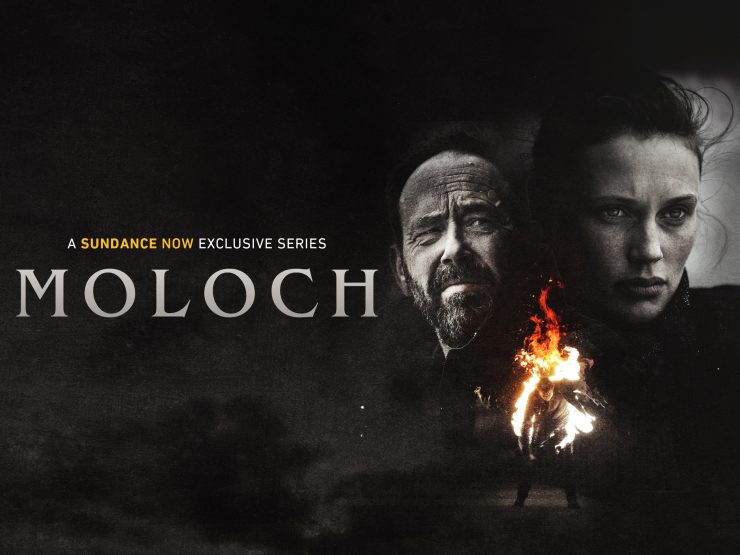 Has Moloch Season 1 been cancelled or renewed? When does Moloch return in 2021/2022? Moloch? We have the very latest Moloch cancel/renewal status and Moloch premiere date:

In a labyrinthine industrial seaside town in the north of France, random people spontaneously combust for no reason. Suicide? Murder? Supernatural phenomenon? Sundance Now's new intriguing, hard-hitting fantasy thriller Moloch, explores this series of unexplained occurrences while questioning the excesses of our society and the birth of violence. Moloch will premiere as a binge with all six episodes on Thursday, June 10, exclusively in the U.S. and Canada on Sundance Now and the AMC+ streaming bundle. (French, with English subtitles)

To investigate this mystery, Louise (Marine Vacth, Jeune et Jolie), an ambitious and troubled young journalist, joins forces with Gabriel (Olivier Gourmet, Le Fils), a respected psychiatrist who carries the grief of his son's death. Soon, six fiery letters start to turn up as graffiti on the city walls like a signature adjacent to the deaths: "MOLOCH," the ancient god of sacrifice. Louise and Gabriel must embark on a terrifying journey to the heart of their own personal hell, in order to get to the truth - at the risk of getting burned themselves.

Awarded best screenplay at the Canneseries TV Festival in October 2020, Moloch was created and directed by Arnaud Malherbe, and written by Malherbe and Marion Festraëts - the team behind France 2's hit Chefs from 2015. The thriller is a production of Calt Studio, Arte France, and Belga Productions, and premiered October 22, 2020 on Arte in France.