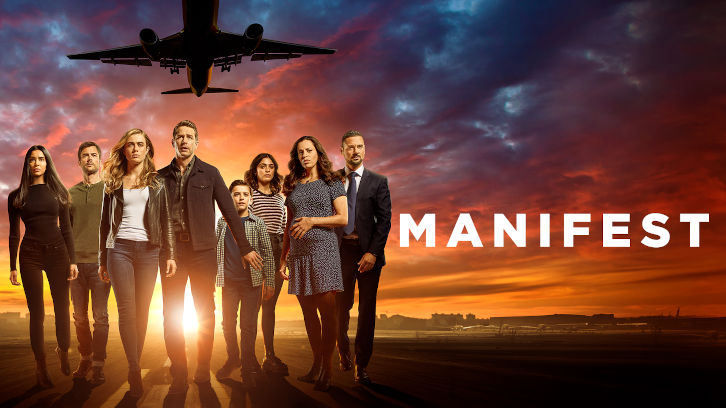 Has Manifest Season 3 been cancelled or renewed? When does Manifest return in 2021/2022? Manifest? We have the very latest Manifest cancel/renewal status and Manifest premiere date:

When Montego Air Flight 828 landed safely after a turbulent but routine flight, the crew and passengers were relieved. Yet in the span of those few hours, the world had aged five years and their friends, families and colleagues, after mourning their loss, had given up hope and moved on. Now, faced with the impossible, they're all given a second chance. But as their new realities become clear, a deeper mystery unfolds and some of the returned passengers soon realize they may be meant for something greater than they ever thought possible. From Robert Zemeckis, Jack Rapke, Jeff Rake and Jackie Levine comes an emotionally rich, unexpected journey into a world grounded in hope, heart and destiny.

"Good Girls" Brings the Drama on Sunday, March 7 While "Manifest" Touches Down April 1

UNIVERSAL CITY, Calif. - Feb. 4, 2021 - NBC is reuniting two of the most popular members of the NYPD in TV history with a must-watch April 1 crossover that will serve as the launch of the highly anticipated new Dick Wolf drama, "Law & Order: Organized Crime."

In other scheduling news on the scripted side, "Good Girls" will make its season four premiere on Sunday, March 7 at 10 p.m. as Beth, Ruby and Annie get together once again as the stakes for everyone gets higher and higher.

"Manifest" is back for season three on Thursday, April 1 at 8 p.m. to discover what happened to the passengers on Flight 828.

Newly crowned Golden Globe Award nominee Jane Levy and "Zoey's Extraordinary Playlist" will go on a brief hiatus after Tuesday night's episode and then return with a new date and time - Sundays at 9 p.m. beginning March 28.

And on the unscripted side, "Ellen's Game of Games" will shift from Mondays to Sundays beginning March 7 at 9 p.m. before moving to 8 p.m. on March 28.

The scheduling updates are as follows:

"Good Girls" follows suburban moms Beth (Christina Hendricks), Ruby (Retta) and Annie (Mae Whitman) who, at a loss over how to solve their various crippling financial troubles, decide to rob a supermarket in a heist that attracts the attention of a local gang leader, Rio.

The stakes get higher in season four as the Secret Service closes in on our women's counterfeit ring. When we last saw Beth, she was struggling to carve out her own criminal path separate from Rio, using her husband's spa company, Boland Bubbles, as a front. Ruby seemed to have salvaged her marriage after a rocky road, but only time will tell if her hidden secrets implode. Annie is focusing on inner love and healing as she takes the journey to rebuild independence.

The series is produced by Universal Television, a division of Universal Studio Group.

"Manifest" returns for a third season of action-packed drama, shocking revelations and the answer to the show's biggest mystery - what happened to the passengers of Flight 828?

Over a year has passed since the miraculous homecoming of Flight 828 and the discovery of others who have mysteriously returned. While the Stone family endeavors to keep their friends safe and make their enemies believe the unbelievable, new challenges will test their trust of the callings and each other. But sticking together is more important than ever, because no matter what happens, it's all connected.

Christopher Meloni, reprising his role as Elliot Stabler, returns to the NYPD to battle organized crime after a devastating personal loss. Stabler will aim to rebuild his life as part of a new elite task force that is taking apart the city's most powerful criminal syndicates one by one.

The series is produced by Wolf Entertainment and Universal Television, a division of Universal Studio Group.

NBC has renewed its hit mystery thriller "Manifest" for a third season.

· This season "Manifest" has averaged a 1.5 rating in adults 18-49 and 7.7 million viewers overall in "live plus seven day" Nielsens, with the show's Jan. 6 season premiere growing to a 3.7 in 18-49 and 13.4 million viewers with digital and linear delayed viewing recorded to date. "Manifest" improved the Monday 10 p.m. hour by 88% in 18-49 rating versus NBC's regular-program season average in the timeslot prior to "Manifest's" debut.

· After a turbulent but routine flight, the crew and passengers of Flight 828 disembarked to find the world had aged five-and-a-half years and their friends, families and colleagues had given up hope of ever seeing them again. Now, faced with the impossible, the passengers' dreams of a second chance at life evaporate as they encounter the imminent danger surrounding them, both tangible and unexplained. With the stakes higher than ever, the passengers of Flight 828 will embark on an unexpected journey into a world grounded in hope, heart and destiny.

Earth at Night in Color Season 2