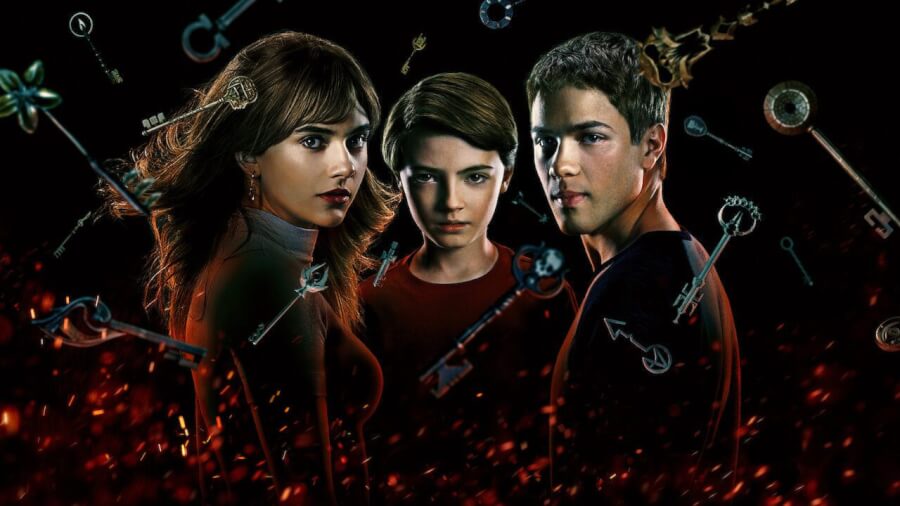 Official teaser for the epic final season of Locke & Key. All episodes drop August 10th, only on Netflix.

Breaking: Locke & Key will end with Season 3. The series has been canelled with the already-set third season to be its last.

“Once we began working on the series, we felt three seasons was the ideal length to bring the story of the Locke family and their Keyhouse adventures to a satisfying conclusion. As storytellers, we are grateful that we had the opportunity to tell our version of Joe Hill and Gabriel Rodriguez’s incredible story exactly the way we wanted. We’re keeping the magical keys, though, for our own personal use.” - Locke & Key Exec producers.

After their father is murdered under mysterious circumstances, the three Locke siblings and their mother move into their ancestral home, Keyhouse, which they discover is full of magical keys that may be connected to their father’s death. As the Locke children explore the different keys and their unique powers, a mysterious demon awakens – and will stop at nothing to steal them.

From Carlton Cuse (Lost, Bates Motel) and Meredith Averill (The Haunting of Hill House), Locke & Key is a coming-of-age mystery about love, loss, and the unshakable bonds that define family. Locke and Key on Netflix is the television adaptation of the best-selling comic book series by Joe Hill and Gabriel Rodriguez for IDW Entertainment and returns October 22 for Season 2.

After their father's murder, three siblings move into a house filled with reality-bending keys. From the comics by Joe Hill and Gabriel Rodríguez.