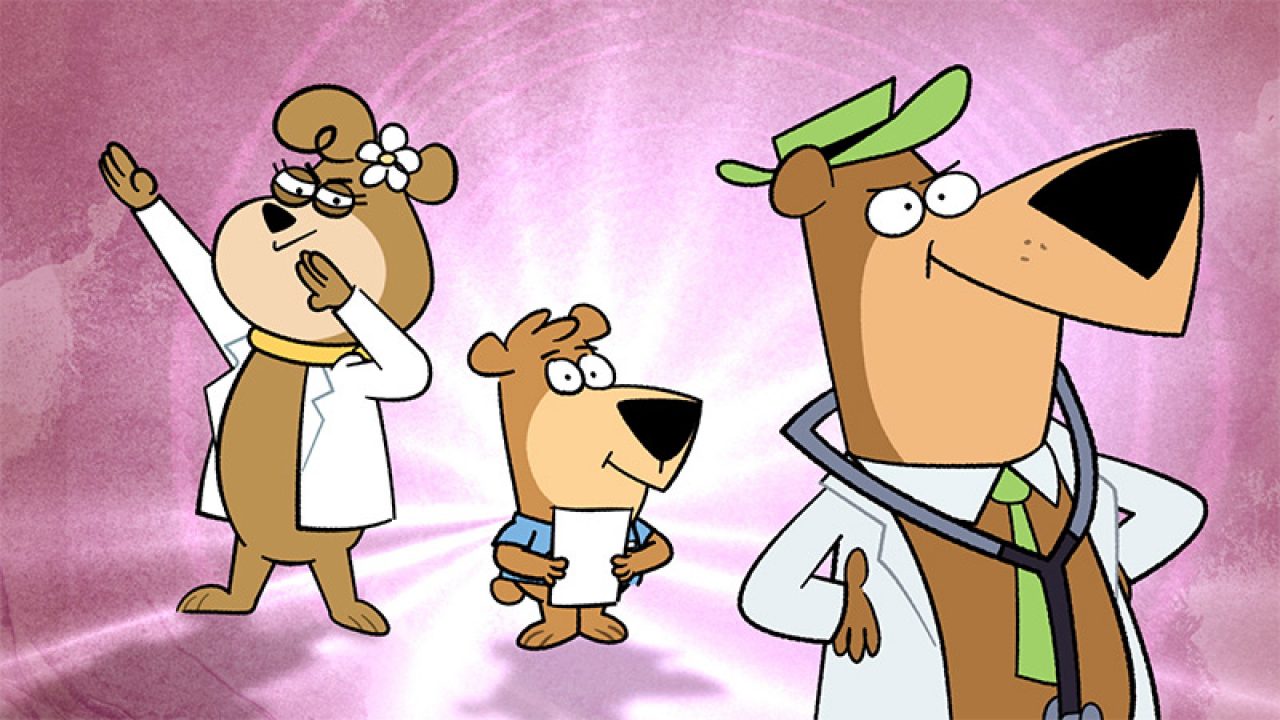 Yogi Bear, Cindy Bear, Huckleberry Hound and a Universe of Hanna-Barbara Characters Welcome You to Jellystone!

June 24, 2021 - Burbank, CA - Yogi, Boo Boo and Cindy, alongside an epic ensemble cast of Hanna-Barbera characters, are returning to television screens in the all-new animated comedy, Jellystone! The Max Original series helmed by acclaimed showrunner and executive producer C.H. Greenblatt (Chowder, Harvey Beaks) and produced by Warner Bros. Animation, presents a reimagined take on these beloved characters, modernizing them for today's family audience and introducing them to a new generation of fans. Season one premieres Thursday, July 29 on HBO Max.

Set in the charming town of the same name, Jellystone! follows an ensemble of Hanna-Barbera characters as they live, work, play, and (as is often the case), destroy the town in some silly way together. Huckleberry Hound proudly serves as the town's mayor; Cindy, Boo Boo and Yogi are the town's medical staff; Jabberjaw works at Magilla's clothing store where they supply all the bow ties and hats to the town's citizens; and every character has a specific role in the community. Their paths cross in fun and ridiculous ways, turning everyday activities into hilarious pandemonium.

"I grew up watching tons of Hanna-Barbera cartoons and have a deep love for these characters," said Greenblatt. "The massive amount of both classic and not-so-classic characters we were able to use from the Hanna-Barbera library is what really makes the Jellystone! universe special. Rather than recreate the feeling of cartoons of the past, we wanted to have silly, weird fun with these characters and expand their personalities to give them more depth. Chances are if there's a character you love, you'll see them somewhere in this world eventually. We hope longtime fans appreciate our take on this world, and we're excited that parents get to introduce and enjoy their favorite Hanna-Barbera characters with their kids."