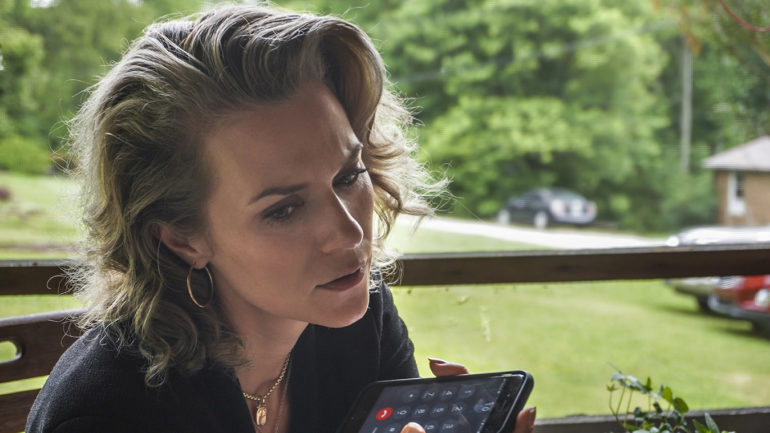 True Crime Story: It Could Happen Here (SUNDANCE TV / AMC+)
New Episodes Premiere Thursday, September 1; First Two Episodes Available on AMC+ with Subsequent Episodes Available One Week Early on AMC+
Hosted and executive produced by small town native, advocate and actress Hilarie Burton Morgan (One Tree Hill, The Walking Dead, Friday Night in with The Morgans), the powerful and captivating series True Crime Story: It Couldn't Happen Here puts a spotlight on murder cases from small towns across America where questions remain if justice has been fully served. Each episode sees Burton Morgan meet with family members and local insiders as she explores the twists and turns of the case and uncovers the unique challenges of small-town justice.

Hosted by small-town native, advocate, justice seeker and actress Hilarie Burton Morgan (One Tree Hill, The Walking Dead, Friday Night in with The Morgans), True Crime Story: It Couldn't Happen Here returns with all-new episodes on Thursday, September 1 at 10pm ET/9c on SundanceTV with the first two episodes streaming on AMC+. New episodes of the series that puts a spotlight on murder cases from small towns across America will rollout weekly on Thursdays and will be available one week early on AMC+. The first three episodes are now available to view on Screeners.com. In each episode, Hilarie meets with family members and local insiders to explore each unique story and the impact and challenges of small-town justice.

Dallas, GA. After a woman is found shot in her bathroom, officials launch a death investigation to determine if it was suicide - as her husband claimed - or murder. Years later, the case remains open, and the town still has questions.

Available on September 1 on AMC+

Pocomoke City, MD. A young single mother disappears without a trace. An investigation suggests she abandoned her children, while her family spends years proving she was murdered and finding her killers.

Available on September 8 on AMC+

Angier, NC. A man claims he shot his daughter's estranged husband, Chirstian Griggs, in self-defense. But after investigators close the case, Christian's family discovers evidence that the killing was not justified.

Available on September 15 on AMC+

Iaeger, WV. A beloved town doctor perishes in a deadly house fire - which investigators conclude was arson. But after securing a murder conviction, the prosecutor doubts his own evidence, and joins the fight to free an innocent man.

Available on September 22 on AMC+

Atwater, OH. Cold case investigators, looking into a shocking double murder, elicit a series of confessions from a group of teens. But years later, the teens recant their statements. Did aggressive tactics send an innocent man to death row?

Available on September 29 on AMC+

Turlock, CA. A criminal defense attorney, known for uncovering corruption, finds himself on trial. Accused of a complex murder-for-hire plot, along with eight others, he fights to clear his name and show the many holes in the state's case.

Available on October 6 on AMC+

Royse City, TX. A couple is found brutally murdered in their home. Investigators learn that the last person to see them alive had secrets of his own. But some question whether prejudice led police to arrest the wrong man.

Available on October 13 on AMC+

Edgewater, FL. A dentist is brazenly killed by a masked gunman. The media reports salacious details as investigators uncover a sinister plot led by the dentist's wife and stepson. But a private investigator shares a startling alternate theory.

"True Crime Story" had an immediate impact after its premiere in fall of 2021, providing crucial awareness to overlooked cases. The first episode of It Couldn't Happen Here focused on the Georgia state conviction of Devonia Inman, a young man given a life sentence at twenty years old. DNA evidence supporting his innocence had been ignored for over a decade and he was currently serving the twenty-third year of his wrongful conviction. Shortly after the airing of this episode, his conviction was vacated as the result of an effort spearheaded by the Georgia Innocence Project and highlighted in the show's social media and press opportunities. Mr. Inman walked free in December 2021 to spend Christmas with his family.

In eight new episodes of It Couldn't Happen Here, Burton Morgan will continue to lend empathy and advocacy to small-town American crime stories in order to explore how major crimes impact these tight-knit communities. She will also continue to shed light on previously adjudicated cases where doubt about the existing verdict lingers.

True Crime Story: It Couldn't Happen Here (SUNDANCETV / AMC+)
Premieres Thursday, September 9 at 10pm ET/9pm C
Life-long small-town community member and advocate Hilarie Burton Morgan visits different small towns in an effort to shine a much-needed light on the unique ways in which crime impacts rural communities and their judicial systems. Too often the heartbreaking events in these towns are largely overlooked because they lack the national media platforms and advocacy resources found in larger cities. In each episode, Hilarie hears the facts of the case from family members and local insiders in an attempt to understand the challenges the community faced investigating the crime, learn the lasting imact the crime has had on the fabric of the town, and ultimately call attention to where justice currently stands.