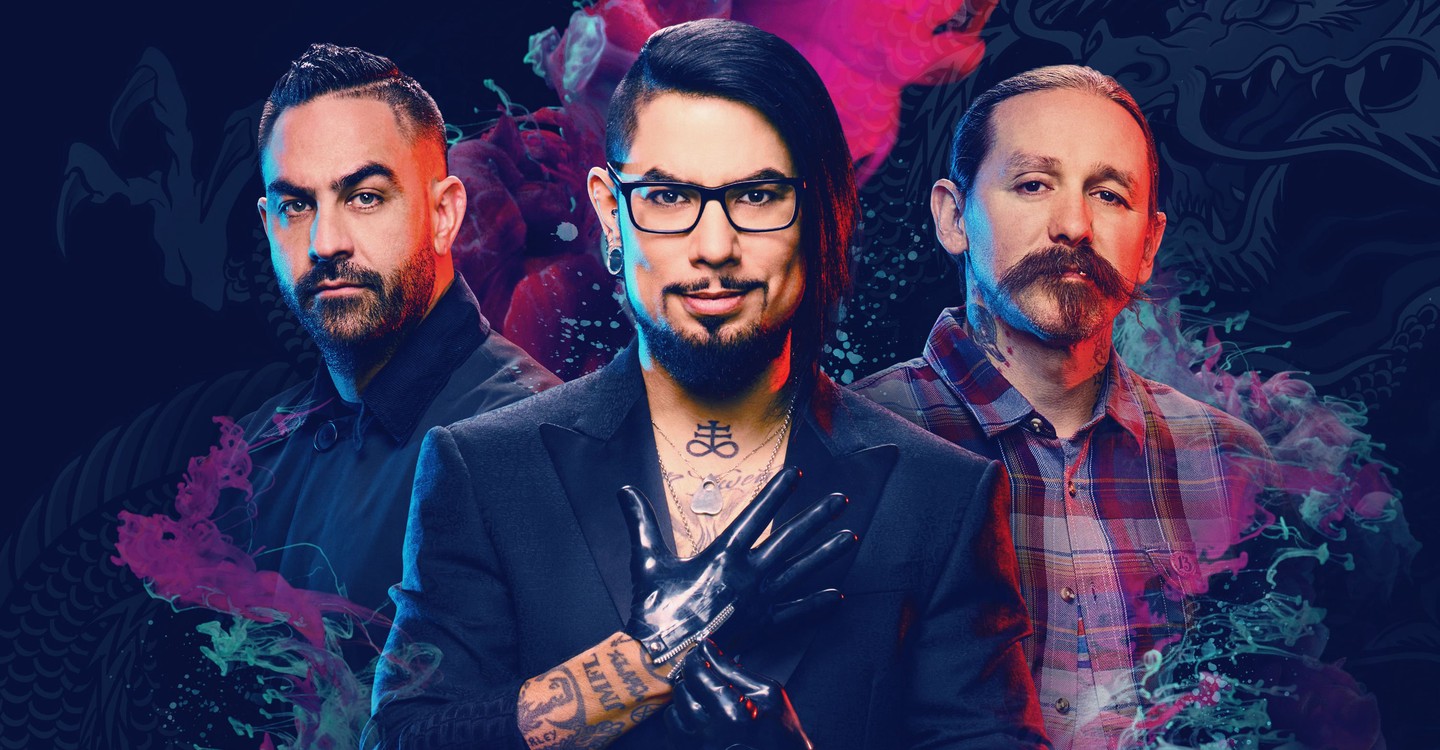 Has Ink Master Season 14 been cancelled or renewed? When does Ink Master return in 2022/2023? Ink Master? We have the very latest Ink Master cancel/renewal status and Ink Master premiere date:

August 5, 2022 - Paramount+ today announced that the return of the hit reality competition series INK MASTER will premiere exclusively on the service Wednesday, Sept. 7 and roll out internationally where the service is available. Additionally, it was also announced that Joel Madden, lead vocalist for the pop/punk band Good Charlotte and co-founder of music companies Veeps and MDDN, will join the series as host, with former INK MASTER winner Ryan Ashley, celebrity tattoo artist Nikko Hurtado and industry veteran Ami James serving as judges.

In the new season of INK MASTER, hosted by artist, entrepreneur and culture enthusiast Madden, legendary fan-favorite artists return to compete in the ultimate tattoo competition. The artists will battle it out and face some of the biggest, most exciting and epic challenges seen in the history of the competition, all for the biggest grand prize yet: $250,000 and the title of "Ink Master."

The legends will need to prove they possess the high level skills that sets an Ink Master apart: composition, precision, color theory, finesse, stamina and endurance. With stakes higher than they've ever been, a single misstep could send them home and, in the end, only one artist will walk away with the title.

Paramount Network is expanding its popular Ink Master franchise across platforms, with a two-season renewal of the highly-rated hit original tattoo-competition series and an order for a new spinoff series, Ink Master: Grudge Match. In addition, Paramount Network has launched a stand-alone Ink Master channel on YouTube, which will be the new home for all Ink Master video content. Season 12 of Ink Master, titled Ink Master: Battle Of The Sexes, will premiere Tuesday, June 11 at 10 p.m. ET/PT (watch the trailer here). The new season features teams of male and female artists competing against each other in the ultimate battle for a chance to win $100,000, an editorial feature in Inked and the coveted "Ink Master" title. Past contestants and fan favorites will return throughout the season to coach the teams in various challenges during the competition. Season 13 is slated to premiere in 2020. Each season will consist of 16 one-hour episodes. Produced by Truly Original and hosted by Dave Navarro, Ink Master continues to be a ratings powerhouse for Paramount Network. Season 11, which concluded this past December, was the #1 reality series on ad-supported cable among Men 18-49 and a top 10 reality series among Adults 18-49, while the franchise is currently the most socially-engaged Paramount Network series and boasts over 365 million lifetime cross-platform video views.