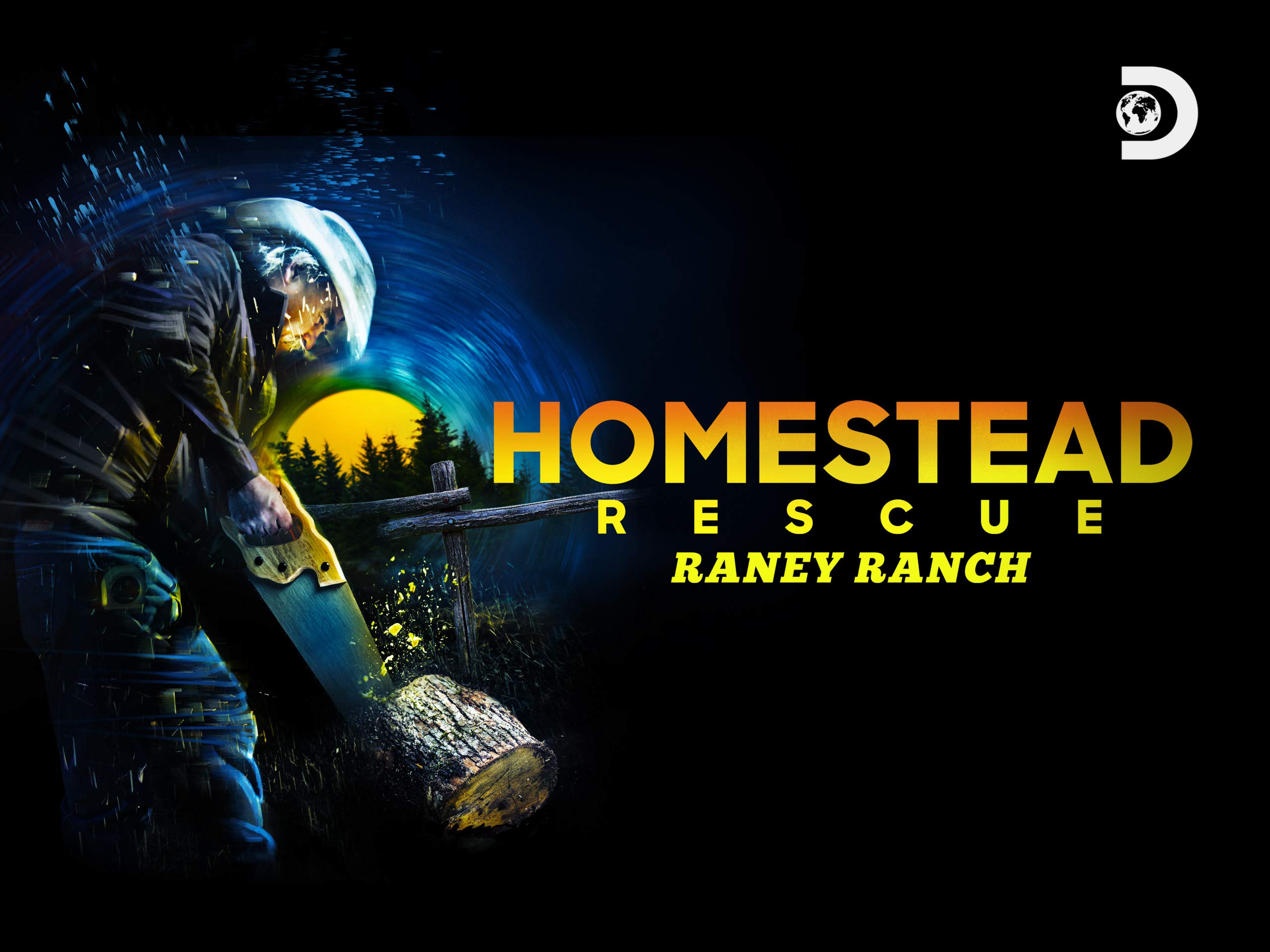 IT'S LIFE OR DEATH ON THE HOMESTEAD IN AN ALL-NEW SEASON OF "HOMESTEAD RESCUE: RANEY RANCH" PREMIERING MAY 6 ON DISCOVERY

As master homesteaders, the Raneys use a combination of willpower and ingenuity to realize their dream of a multigenerational homestead in the Alaskan wilderness. But that dream could easily turn into a nightmare as the brutal Alaskan winter quickly approaches. Having spent the short summer months rescuing other homesteads across the nation rather than tending to their own, the Raneys were unable to fully prepare for the harsh winter conditions. Now, they're in a race against mother nature to build and winterproof their most important structures and hunker down safely. In the midst of it all, tragedy strikes when a fire destroys the Raneys old cabin containing all they've ever owned inside.

But if there's one lesson the Raneys continue to teach us, it's how to persevere in the face of adversity. In an all-new season of HOMESTEAD RESCUE: RANEY RANCH, the entire Raney family must rally around each other to rebuild from the fire and survive the rapidly approaching freeze.

This season, Marty looks to carry on the family legacy and pass the torch of resourceful homesteading and a spirit for adventure. Always a doer and big-time risk taker, Marty is full steam ahead as the family homestead nears completion. But after Marty suffers a serious fall, the family realizes they better step up and take on some of the homestead responsibilities. But will Misty, Matt and Melanee be able to fill his giant cowboy boots?

Meanwhile, after Matt and Katie commit to raising their son Indy on the homestead, with Katie learning "the Raney way" to hunt, fish, and live off the land. Misty, eager to take on more responsibility, sets out to show her dad how much she's learned and that she can be trusted to take the lead across bigger projects.

For the first time in decades, the entire Raney family must juggle homesteading challenges with the old family tradition of adventure in the Alaskan wilderness that brought Marty to the last frontier in the first place. Can Marty and the family instill that same spirit of adventure and enthusiasm in the next generation? And with winter fast approaching, and challenges seemingly at every turn, will the Raney family be able to overcome and carry out their ultimate family dream?

For years the Raney family has helped novice homesteaders around the country save their homesteads from brink of failure and helped to bring their dreams of living off the grid to life. Now, inspired by years' worth of rescues, Marty Raney will attempt his greatest recue of all - his very own 40-acre homestead. In an all new series, HOMESTEAD RESCUE: RANEY RANCH, the Raneys take on the most ambitious project the family has ever attempted, to build a multi-generational homestead.

HOMESTEAD RESCUE: RANEY RANCH premieres Tuesday, October 6 at 8pm ET/PT on Discovery. In addition to watching the series on Discovery, viewers can stream each episode by downloading the Discovery GO app. Viewers can join the conversation on social media by using the hashtag #HomesteadRescue and follow Discovery on Facebook, Instagram, and Twitter for the latest updates.

After countless rescues taking them around the country much of the year, the Raneys find themselves overdue for a little saving themselves. Marty has decided to build their dream log cabin on a previously inaccessible part of the land where it will sit 300-feet up on a cliff. The new location will give him access to previously unattainable resources and become the hub to a multi-generational paradise equipped with green house, garden, workshop, and cabins for his kids.

In the season premiere, Marty must get creative to get thousands of pounds of vital gear and materials across a raging river to his property to begin the epic project. He decides to attempt the risky crossing in his work truck which proves much more dangerous than he expected.

With only 6 weeks to complete the project before getting back on the road to rescue others, Marty must put decades of homesteading expertise to the test, as the Raneys must fight the clock, the elements, and the 'cliffs of insanity' to complete the new and improved Raney Ranch. Will this be the ultimate master class in homesteading, or has Marty finally met his match?