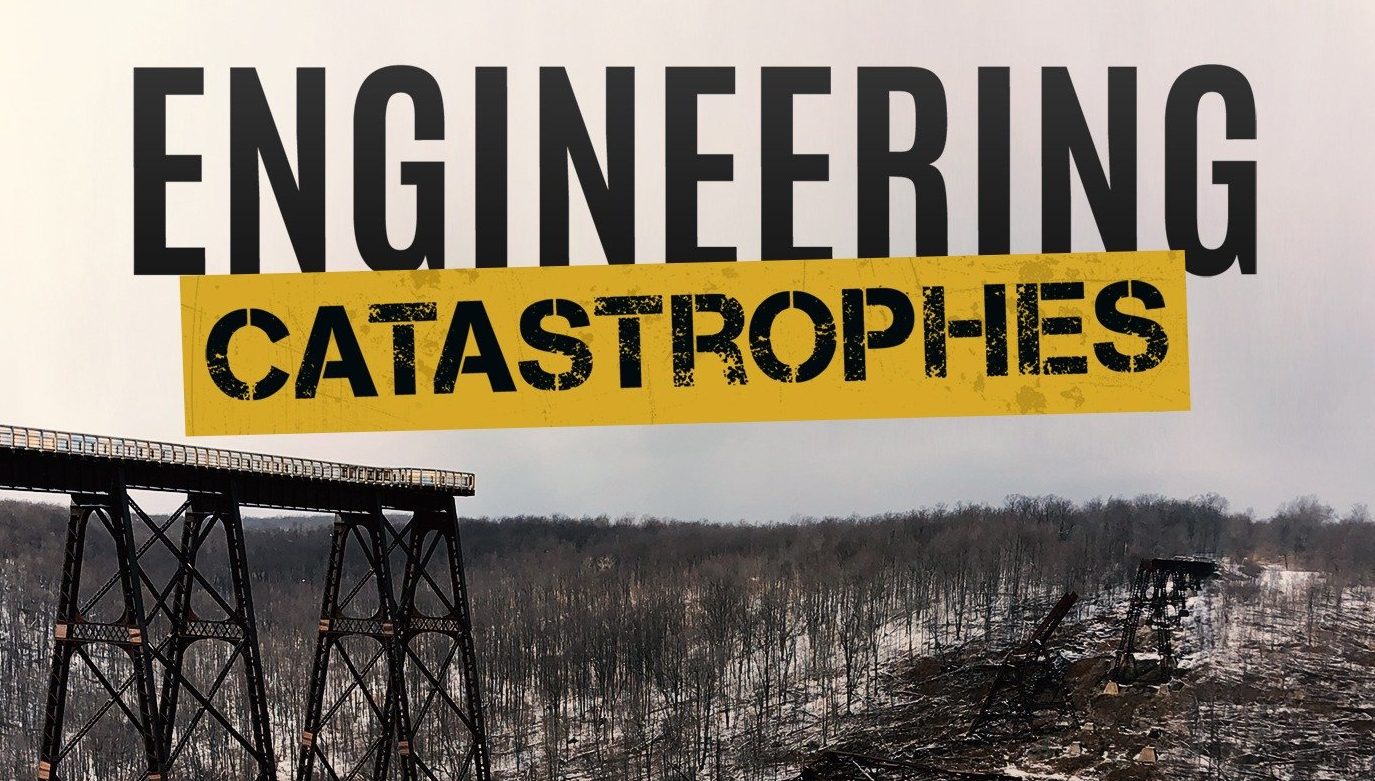 With big engineering, the devil is in the details. Every day, engineers are faced with a harsh reality - catastrophes can strike anywhere, anytime. In ENGINEERING CATASTROPHES, experts investigate the most extraordinary - sometimes deadly - engineering disasters around the globe, ranging from bridge collapses to explosions to sinkholes and beyond. This season in Texas, a mammoth refinery explodes with fatal consequences. In Italy, tragedy unfolds as a landmark bridge is destroyed in seconds, and in Arizona, a railroad inferno takes down a vital river crossing. With extraordinary access to eyewitnesses, architectural experts and structural design teams, ENGINEERING CATASTROPHES analyzes how significant errors went undiscovered in these builds and more, and how engineers are working to ensure the safety of our future structures.

With big engineering, the devil is in the details. Even with proper plans in place, the numbers checked and checked again, mayhem can ensue. Whether it's a skyscraper snafu in Chicago, or a demolition in Denmark gone awry, ENGINEERING CATASTROPHES investigates the mind-boggling mistakes and miscalculations that have left engineers and onlookers alike in shock. The new season premieres Wednesday, October 2 at 9pm ET/PT on Science Channel.

Catastrophes explored this season include a revolutionary stadium roof in Connecticut that comes crashing down; a fatal engineering flaw that could destroy an iconic San Francisco bridge; a mysterious whirlpool in Louisiana that rapidly drains a landmark lake; a groundbreaking design in Germany thatsuffers an epic failure; Californian dam that threatens mass flooding for anyone in its wake; and a hurricane comes to Houston, with the worst damage caused by a major engineering fail.

"The power of engineering cannot be underestimated," said Lindsey Foster Blumberg, Supervising Producer, Science Channel. "You would think that with all the advancements in technology, the days of catastrophic fails would be a thing of the past, but that isn't exactly the case. The accidents seen in ENGINEERING CATASTROPHES have all happened within the last few years."