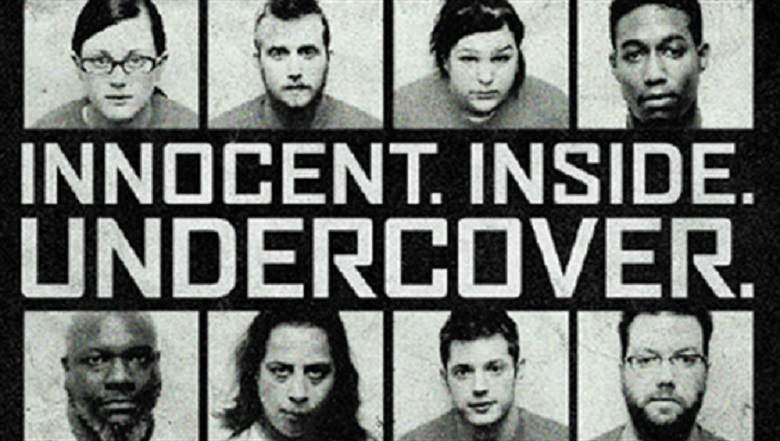 A&E Network announces the return of hit series "60 Days In" for a highly anticipated 7th season kicking off on Thursday, August 18 at 9pm ET/PT. For the first time in series history, seven formerly incarcerated citizens will voluntarily go behind bars at the Henry County Jail in McDonough, Georgia to help pinpoint the problems and assist the new Sheriff with a reconnaissance mission in the facility. Directly following at 10pm ET/PT is the new series, "Inmate to Roommate" chronicling the stories of six ex-convicts as they are released from prison and move in with people they barely know for a second chance at life on the outside.

"As a Network, we pride ourselves on being able to provide our viewers with raw programming that provides an unfiltered look at the world," said Elaine Frontain Bryant, EVP and Head of Programming, A&E Network. "With access like never before, these two series expose different facets of the criminal justice system and are a tremendous addition to our slate of robust storytelling projects."

Returning for an all-new season, "60 Days In" locks down Henry County Jail in Georgia just outside of Atlanta which can house approximately 800 inmates. The recently elected Sheriff Reginald Scandrett, who came in on a platform of improving the jail and reducing recidivism, is enlisting seven formerly incarcerated participants to go undercover in an effort to find valuable information to help improve jail conditions. For the first time in the series' history, all participants have previously been arrested for crimes of their own and collectively have served more than 40 years behind bars. Will these formerly incarcerated participants be able to survive everything thrown their way during the voluntary stint in jail or will the challenges of going back behind bars be too much for them to handle?

New groundbreaking documentary series, "Inmate to Roommate," follows recently released inmates as they re-enter society and move in with everyday people who are welcoming them into their homes. This practice has been the subject of re-entry programs aimed at stopping recidivism. America has one of the world's highest recidivism rates with approximately 76% of released prisoners being re-arrested after 5 years. One of the most significant factors in reducing recidivism rates is access to housing. Both the former inmates and their respective roommates will enter this this new living arrangement with their own baggage. The opportunities and the challenges are complex as they each face scrutiny from friends and family questioning their motives. Will this new situation allow the formerly incarcerated to successfully re-enter society or will it be the worst decision both parties have ever made?

*Join the conversation by following @AETV and using #60DaysIn & #InmateToRoommate*

"60 Days In" and "Inmate to Roommate" will be available on demand and to stream on the A&E app and aetv.com

"60 Days In,” an unprecedented new, original docu-series, follows seven innocent participants who enter the dangerous world of incarceration at the Clark County Jail in Jeffersonville, Indiana, in an effort to expose internal issues and what really happens behind bars. As a result of the facility’s recent corrupt history, Sheriff Jamey Noel has devised a program where seven participants will live among the facility’s general population for 60 days without officers, fellow inmates, or staff knowing their secret. Around-the-clock cameras captured this unparalleled access in an effort to bring problems to light and give viewers a first-hand look as the participants adapt to unfamiliar and terrifying surroundings. “60 Days In” is a warts-and-all view of what life is like behind bars, through the eyes of people who have never been charged with a crime or done time.